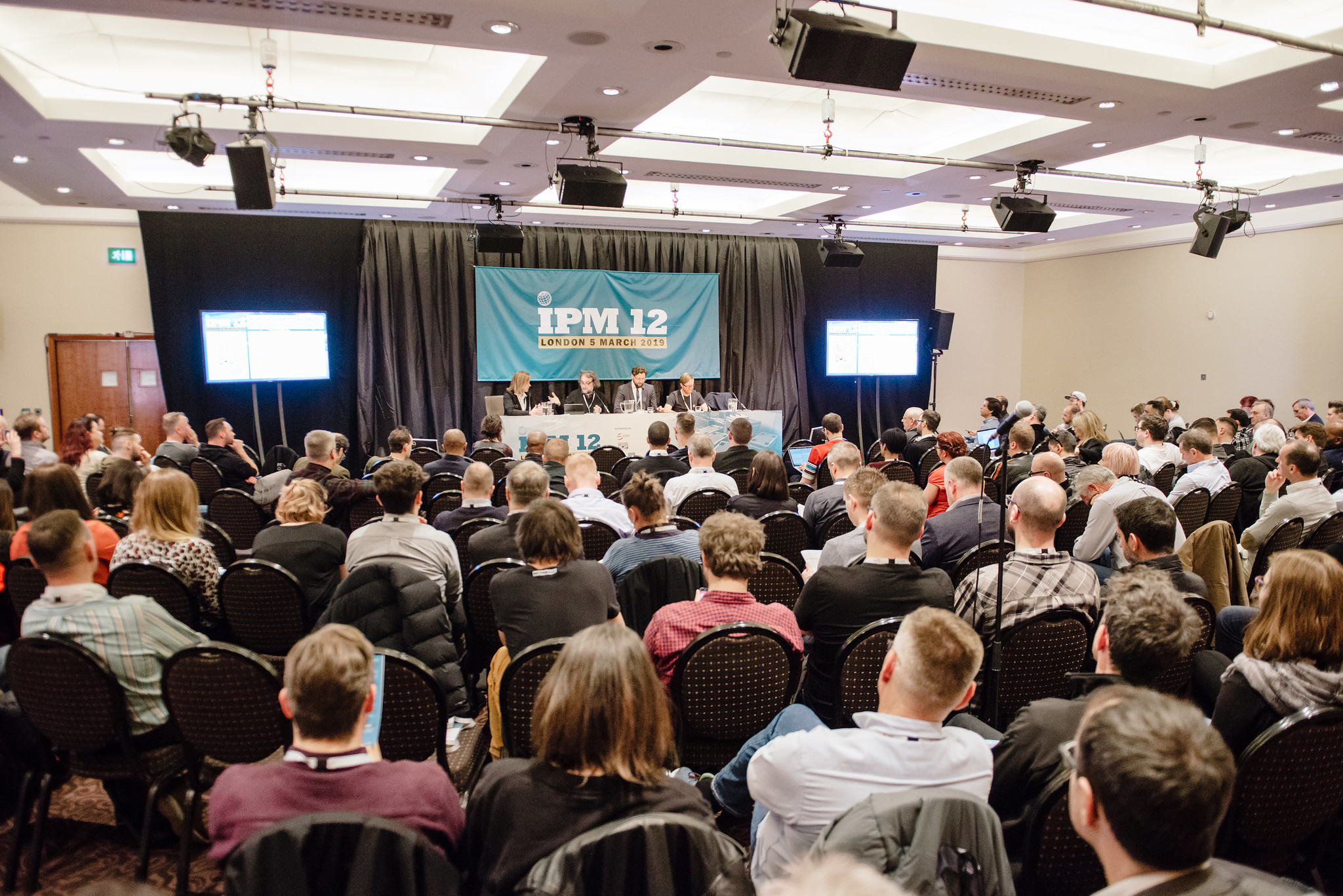 THE SHOW MUST GO ON, BUT AT WHAT COST?

The 12th annual ILMC Production Meeting (IPM) kicked off with a discussion surrounding one of the key concerns facing production crews: mental and physical wellbeing.

“A disproportionate amount of friends and colleagues are not making it to their 60th birthday,” commented Vaughan, presenting the issue that was to underlie the panel.

Vaughan explained that the move from theatre to arena shows has put pressure on crews to work longer hours. A normal working day for crews, said Vaughan, begins at 6.30am and ends 20 hours later.

“If we don’t do something about this, the government agencies will,” stated Vaughan.

“We have a group of highly qualified professionals whose lives are shortened just because of their work patterns,” summarised Bunyan, apologising for being the “bringer of glorious doom”.

“IF IT’S A WEAKNESS TO ADMIT YOU’RE DEPRESSED, WHO CAN YOU TURN TO?”

‘Deptford’ John Armitage of the Guitar Hospital moved the conversation to mental health: “When I started, rehab was for quitters and sleep was for babies,” said the touring guitar tech. “If it’s a weakness to admit you’re depressed, who can you turn to?”

The loss of friends and colleagues to suicide is a sad reality, which Armitage revealed is all too common for those working in the industry: “no one on tour is getting the care they should get.”

However, some help is on offer, as Chula Goonewardene, clinical consultant for Music Support, explained. “It is possible to find people that pathway into care,” said Goonewardene, speaking of the importance of well-handled crisis intervention.

The psychotherapist also stressed the need for a “dual-pronged approach”, with preventative measures facilitating a culture shift and helping people to spot warning signs.

Production manager, Joanna Hartle, explained the need to educate crew members, allowing them to capitalise on specialist skill sets and move industry if desired. “I could see that my former colleagues weren’t able to get out of the industry,” said Hartle.

Chris Vaughan suggested that a “guideline document” outlining good working practices could be put together by IPM members. Dr Kate mentioned several other industries that have similar guidelines and that there is legislation in place that could be referred to.

Later, in his summary of the day, Carl A H Martin stressed the need for this to actually happen, not just be talked about, and asked for any thoughts or suggestions to be sent to him personally and he would co-ordinate the procedure going forward. He also thanked all the delegates for their involvement throughout the day.

The session wrapped up as panellists discussed the mounting pressures and demands for stage designers. “Do we really need all that shit for four people to sing around?” asked a bemused Armitage, as the room broke into applause.

began the second IPM session by recalling notable incidents where the needs of international tours and local production crews failed to align – with the response from the latter being, invariably, “What did you expect? This is [country name]!”

Nacajus said promoters often feel ashamed to ask if they don’t understand something on the production side, especially in the Baltic region. Hocken agreed, saying his company’s approach is to “use lots of drawings and pictures. In the documentation we send out, we also don’t use any colloquial terms that might be common in North America or Britain but not understood elsewhere.”

Pogacic asked if there should be a standardised list of terms common to production crews anywhere in the world, saying she remembers (in the pre-Google era) receiving technical riders and being bewildered by some of the jargon.

The key to working together successfully, suggested Hocken, is open and transparent communication from both sides, with local crew being honest about what’s possible, and incoming tours being realistic in their expectations.

“IT’S ABOUT SHARING THE PROBLEMS”

Speaking from the floor, independent production manager Keith Wood said he’s disappointed to hear that there’s a culture of being too scared to ask questions – saying if one of his tours arrives and the staff and infrastructure aren’t there, “I’ve failed in my job, in advancing that show properly.”

“It’s about sharing the problems,” echoed promoter-turned-production manager Artese. “Sometimes it can be tricky if you don’t know the other guy, but it’s essential that everyone tells the truth, 100% of the time.”

Talk then turned to the difficulties of planning for events which, in many cases, have been oversold beyond what would be the optimum configuration for the venue. One audience member suggested that – with demand for tickets at an all-time high – agents are trying to extract the maximum revenue by making the show as big as possible, posing difficulties for local crews.

Another said they’d like to see promoters step in to dictate the boundaries of their shows. “This is one of the few businesses in the world where you agree on something without knowing what you’re even signing up to,” he commented. “It should be down to the promoters to say, ‘Here are the parameters, and that’s that.’”

The ILMC Production Meeting’s (IPM) third panel concerned transport and travel, as the expanding global touring market, miscommunication and short timescales complicate the movement of goods, people and money in an ever-smaller world.

Chair Rick Smith of Rule Out Loud opened the panel speaking of the growth of mega-events, particularly in the EDM sector, meaning that acts and touring festivals are travelling to “countries that were never on the touring map.”

For successful touring, the most important thing is to “manage expectations early on and call on the relevant experts,” said Smith.

International Talent Booking’s Steve Zapp, the first agent to sit on an IPM panel, revealed that agents encounter the same problems surrounding miscommunication and last-minute changes that plague the production industry. “There needs to be conversations between the booking and production sides of tours,” stressed Zapp.

“No-one wants to cancel a show,” added Richard Young of Catapult Productions, explaining that, in times of crisis, it is crucial to have good partners as suppliers. ”It’s important to get everybody on board from very early on,” said Young.

Lester Dales, from Dales and Evans Co Ltd, spoke of the impact of insufficient tax planning. “Pretty much every country has the right to first taxation on a show and the artists’ earnings,” said Dales. Tax can become a huge touring cost for some artists, and “before you know it, there’s no profit left”.

Talk turned to the movement of people with Arcadia Spectacular’s Ceri Wade, who spoke of the “duty of care” she has for her team. “It’s about logistics and planning but also your duty of care with people; with timelines this is a huge challenge,” said Wade, who received 12 weeks’ advance notice for the Arcadia New Year’s Eve show in China.

The lack of communication down the line from event promoters to those working on site also proved a main subject of conversation.

“Vendors wait desperately to find out which materials we need for different tours,” said eps Holding Gmbh’s Sebastian Tobie, explaining that his team always plans for multiple scenarios due to lack of information.

Young responded, highlighting the many unpredictable factors that exist early on in the production process: “vendors and crew need to understand that, if they’re going to be engaged earlier, it’s all tentative.”

Smith closed the session urging increased input and cooperation from all agencies involved in the ever-expanding world of touring.

ADVANCING & SHARING: OOPS, THEY DID IT AGAIN

In the wake of the infamous “logistical issues” that plagued Mumford & Sons’ scrapped 2018 UK arena tour, IPM’s final panel looked at advancing and information sharing, and how the industry can keep things moving in an era of late rider requests and hit-and-miss safety information.

Allen Cook, of event IT company TOURtech, said, 16 years into his live career, he’s “still finding it hard to get and give information. There are hundreds of reasons [why that flow of tour info can break down] but the question is, how do we get and give that information efficiently? There’s often just not time to jump on a conference call… Why isn’t there a guide?”

It’s a similar situation when it comes to show safety, said Sophie Ridley from Safents Consulting in Ireland. With safety information, “it’s the same as production information,” she explained. “There isn’t a system.” Although many European tours start in Ireland, she said, “there’s often no one to give it [safety info] to.

Chair Tony Hayes, from Arena Birmingham, then director addressed the Mumfords situation (which saw every other date of the arena tour cancelled as the build/break timings had not been correctly factored in), saying the first his arena – slated to be the tour’s third venue – knew about the tour being partly cancelled was when trucks that should have been in Manchester turned early up in Birmingham.

“Somewhere down the line, mistakes occurred,” said Hayes, though he noted that the Mumfords tour is an “extreme example” and a “very, very rare case”. An audience member spoke on the importance of artists’ expectations for stage design being managed. “It’s too easy to just say yes,” he said.

Live Nation’s Andrew Craig elaborated on his role as a promoter rep, with Hayes praising Craig and other good reps’ ability to act as a “conduit” between venue and production, while Octavia Harwood from the O2 spoke on the logistical challenges involved in her role as head of venue management at the world’s busiest arena.

In response to a question from the floor that asked if, with increased sharing of information, there comes a risk of overload, Harwood said: “I’m aware we have a lot of shows coming in, and there’s often too much email chains going round… we need to make it as simple as possible in terms of the info we [as a venue] ask for.”

Intelligence officer Kevin Walker outlined the work of the UK’s National Events Intelligence Unit (NIEU), which, he explained, is missing crucial security information from arenas, as large venues are reluctant to send data to the NIEU owing to commercial considerations. “We often get 20 pages of information from police, then two paragraphs from the venues,” he explained.