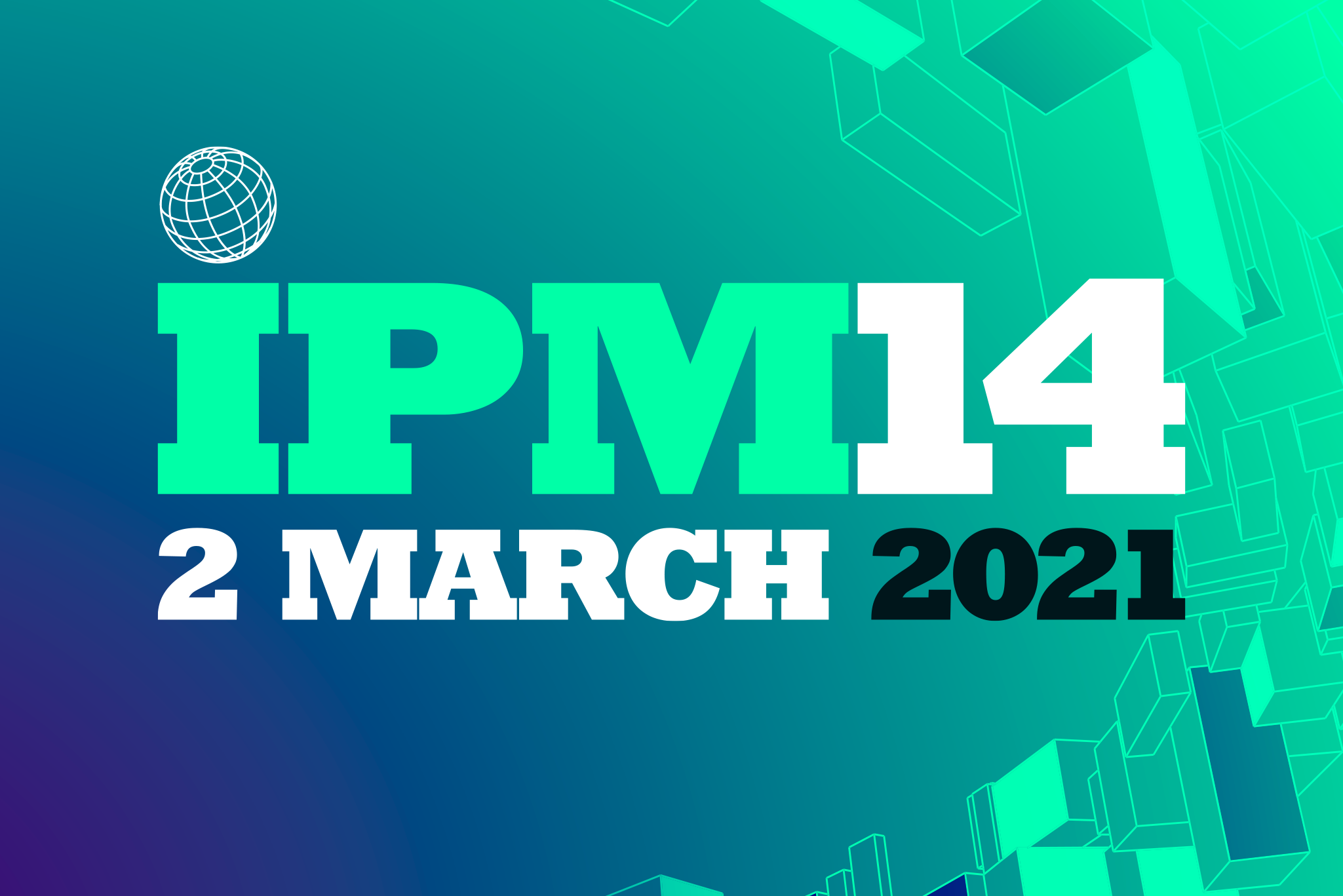 Extensive coverage of the 14th edition of IPM, which took place today in a virtual format It’s Not Easy Being Green

Carlot Scott, Tait/Sipa (UK), kicked off the panel on an optimistic note, saying she could see the industry returning to touring with ‘a greener way of thinking’ after the pandemic.

“During the hiatus, many of us, and individual organisations and groups have started to pull together and started to become a cohesive force started to really analyse where we were going wrong as an industry and how we can be better.”

“One of the things that we really discovered was that people were already on board already with the idea of sustainability, they just didn’t know what to do and they wanted some guidelines and a way to start their journey,” she said.

Ric Lipson, Stufish (UK), says that, as set designers, they’re often ‘berated’ for designing something that’s too big and that uses too many trucks but that’s not the biggest issue in their pursuit to be more sustainable.

“I don’t think necessarily the scale of the production is the problem, but it’s the speed at which the scale of the production has developed and the choices that have to be made to enable that to happen whether that’s going down the road of using something that’s been used for 20 years because we know it works but it might be too heavy, versus we talked about that material because it’s coming from some part of the world that you know we’d have to fly it here or whatever else.”

“We need to go to the promoters and say: look, if you want us to come in with a set design that fits a good budget and doesn’t end up [being used for other artists too], we need to understand the routing schedule of the tour. And maybe the conversation with the artist has to happen much earlier, not necessarily when they’ve got an idea of what the design is but what they want the concept of the show to be.”

“PEOPLE WERE ALREADY ON BOARD ALREADY WITH THE IDEA OF SUSTAINABILITY, THEY JUST DIDN’T KNOW WHAT TO DO”

In the second of two Gaffer Q&As, IQ‘s Jon Chapple quizzes Jake Berry on his career in live production, working with the likes of AC/DC, U2, Barney, Cher and Frankie Goes to Hollywood.

The pair discussed how Berry was offered the opportunity to work mid-pandemic on an esports event in China, organised by Riot Games.

Berry dubbed the event ‘the world cup of Wii gaming’, adding “the productions were huge”.

“When you’ve been in the business for 40 years you’re always looking for something that’s a little exciting, and for me it was different. I don’t understand eSports or gaming but it was an exciting thing and it was in September October [2020] when there was nothing going on, so to be able to do something was pretty amazing.”

“I was very fortunate to be working and you’re out there with 12,000 people in the stadium. Just to see a live crowd brought tears to my eyes.”

Commenting on the ongoing shutdown of the live music industry, Berry said: “It amazes me that you can fly these days in a cigar tube with 150-200 people, no problem for 10 hours, and sports players can come back and forth and be exempt from all the quarantine rules, but we can’t put people in the theatre?”

However, in reference to the UK’s recently announced roadmap, Berry said “it’s probably too soon to announce shows…we don’t want to come back to soon and risk another lockdown”.

“JUST TO SEE A LIVE CROWD BROUGHT TEARS TO MY EYES”

Explored realistic improvements in the health and wellbeing of those working in post-pandemic event production.

“I think one of the things that the last 12 months have done is show people what [help] they can access virtually. We’ve seen this explosion of resources available online, which means [when crew go back on tour] you won’t need to find resources in each town, each city, each country you’re going to, and you can start having some continuity of those tools, through the virtual network.

“That is something that we have to be grateful to Covid for. I think the fact that we have been able to elevate resources and put them into a more remote environment to tap into wherever you’re travelling to really does help,” she says.

In the first of two Gaffer Q&As, Ed Sheeran production manager Chris Marsh sat down with IQ’s Lisa Henderson to discuss his career in live music production – a job he likened to a “drug” to which he has been addicted from an early age.

Recalling his first meeting with Sheeran in 2011, Marsh recalled that “he dragged every bit of information out of me”, describing the singer as a “sponge” when it comes to knowledge. Marsh first saw Sheeran at Latitude Festival, when he “had a field of people singing every single to word to every single song, none of which I’d ever heard. If you can draw that many people at midday on a Sunday, you know you’re dealing with something pretty special.”

Marsh likened the production challenges of working with a solo, acoustic act like Sheeran, particularly at stadium level, to a comedy show, where it’s similarly important every person feels engaged with, and can hear, the live performance, regardless of their position in the venue.

Speaking about the evolution of Sheeran’s sound set-up, Marsh recalled how the singer was forced to trade wedges for in-ear monitors after not being able to hear himself over a crowd in Bogota – while in response to a question about his most difficult moments as a PM, he described an occasion in 2015 when Sheeran lost power half-way through a show that was being recorded for release.

“It was on the first night at Wembley Stadium in 2015, during ‘You Need Me [I Don’t Need You]’, and we were left with complete silence – and it happened at exactly the same point on night two. Finally we found out it was caused by faulty strobe lights that shut down every computer in the vicinity…”

Marsh also spoke about his recent work on making touring more sustainable with the PSA’s Tour Production Group, as well as how and when live entertainment will return post-pandemic.

MARSH LIKENED THE PRODUCTION CHALLENGES OF WORKING WITH A SOLO, ACOUSTIC ACT LIKE SHEERAN TO A COMEDY SHOW

We Don’t Need No Education: Erm… Yes, you do!

Chaired by Superstruct Entertainment’s Dan Craig, asked how the exodus of talent from the industry during the pandemic would influence its return.

Craig asked whether there could be value in a common ‘passport’ ensuring equal standards across the production industry globally. David Suslik from the Czech Republic’s OnSinch was supportive, saying the production business is “late to the party” and should be collaborating on an international standard.

The UK’s Keith Wood said there’s nothing better than hands-on experience: “They see how we do things, they see how we approach things, and they learn on the job. […] You won’t necessarily learn everything in a classroom,” he commented.

He also spoke of the benefit of international travel to see how crews other countries in other countries do things – good or bad – and allow both sides to learn from other.

Here in Jakarta, we learn many things from production managers who come through Indonesia,” agreed Indonesian show director and stage manager Asthie Wendra.

“A MASS TESTING SOLUTION, COUPLED WITH VACCINATIONS, IS PROBABLY THE ONLY WAY FORWARD”

Let’s Get On with It: Part II

(Part I was at Event Production Forum East in Budapest) Explored how the production sector can help get the events industry back on its feet post-pandemic.

The session kicked off by checking in with each panellist on the state of restrictions in their territory, and whether the public is observing the rules.

Vatiswa Gilivane said: “We find in [South Africa] is that it’s the informal gatherings that are now causing detriment to the bigger to the picture.”

Chris Woodford added: “The UK’s roadmap is solely dependent on certain targets and data and criteria being met. And if people don’t play ball, and they don’t play by the rules and the guidelines, the roadmap will go backwards.”

Glen Rainsbury commented: “[Australia] is starting to suffer now because no one can get a line of sight as to what the future is going to be because the restrictions are very fluid and quite often very reactionary.”

While Jesse Sandler lamented: “The messaging in the US is all over the place and there’s no uniform way of dealing with it and that definitely hurts the touring industry because the touring industry lives in society around the world I mean we travel and we interact with people. Until we can get that under control, touring will continue to suffer.”

Addressing how the production sector can help live entertainment return in some capacity under restrictions, Chris Woodford said: “A mass testing solution, coupled with vaccinations, is probably the only way forward.”

While Rainsbury believes that governments will be more inclined to bring back live entertainment in some capacity if organisers consider the wider risk of an event.

“We know that some [Australian] states have been suppressing the maximum capacity for events, not on the basis of what’s going on between the four walls of a venue but say, about the train on the way home with a concern that they don’t have event organisers don’t have control over that.

“I think our responsibility as event organisers and promoters venues is no longer just the drip line of the venue, it is the full picture and governments and regulators are absolutely focusing in on it because they’re not actually seeing as you as being a benefit as much as a risk. You’ve got to prove that you can manage their risk as far out as it spreads from your venue because you are the core. Fold that into your risk matrix and your communications plan.”